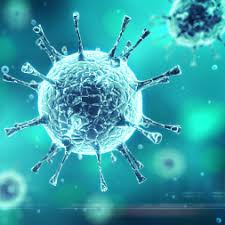 Virology is the study of viruses – sub microscopic, parasitic particles of genetic material contained in a protein coat – and virus-like agents. Much of the research here involves using animal studies, and also uses information from host and viral genomes to determine viral virulence. Plant virology, which is the study of viruses and how they affect plants. These infections can have a terrible impact on agriculture in developing nations.

Journal of Antivirals & Antiretrovirals majorly focuses on virology publishing high quality research works. Also it had conducted several conferences related to it. 12th World Congress on Virology is held on October 16-17, 2017 at Baltimore, USA. It was a huge success where several eminent guests were seated. Many  Scientific Tracks Abstracts and  Posters & Accepted Abstracts were presented from researchers all over the world.

Dr.  Eckard Wimmer from Stony Brook University, USA has discussed on impact of synthetic virology: Recoding arboviruses for vaccine development. He stated that Owing to known genome sequences, modern strategies of DNA synthesis have made it possible to recreate all known virus’s independent of natural templates. Synthesizing viral genomes provides a powerful tool for studying gene function and pathogenic potential of these organisms to an extent that was hitherto impossible. Using whole genome synthesis, we have recoded parts of the Dengue virus (DENV) ORFeome by changing codon pair bias (Coleman et al., 2008). Pairs of synonymous codons do not necessarily appear at their expected frequency (i.e., the frequency expected based on the frequency of individual codons). Some codon pairs are statistically overrepresented (good codon pairs) in ORFeomes, while other pairs are underrepresented (bad codon pairs). We have discovered that a genome with an abundance of bad codon pairs (called “deoptimized") kills viral proliferation, even though codon usage or protein sequences remained unchanged (no rare codons introduced). We have discovered that the protein synthesis machineries of two distinct phyla of the Animal Kingdom, insects of Arthropoda and mammals of Chordata, have evolved different Codon Pair Biases. Arboviruses (insect-born viruses) like DENV, however, must balance both biases to proliferate. We have undone the genome-encoding balance and, through computer design and chemical synthesis, specifically shifted the encoding preference away from mammals, thereby generating in a very short time vaccine candidate. These are mammalian-attenuated, grow to high titers in insect cells, to low titers in mammalian cells, have dramatically reduced LD50 in newborn mice, and induce high levels of protective antibodies. We will present evidence that the same strategy is applicable also to the generation of vaccines for the protection against ZIKA virus infection.